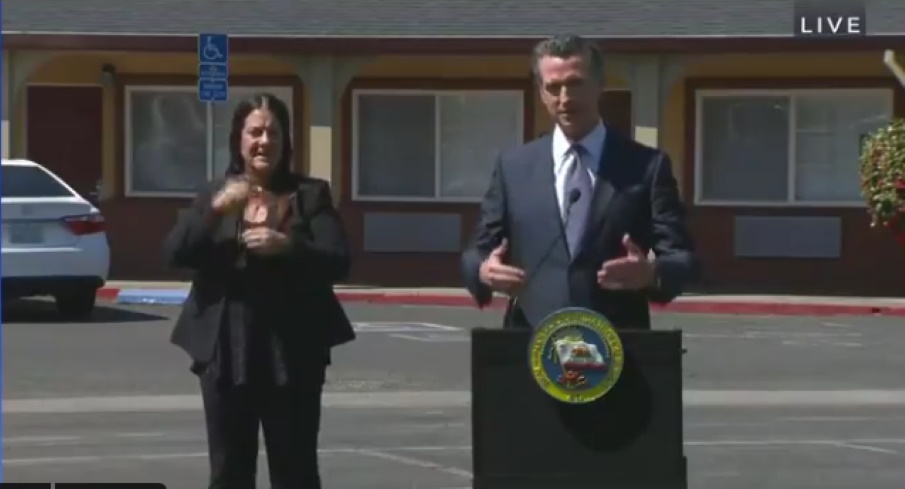 Although President Donald Trump has said that the federal stimulus package aimed at supporting a nation battling the coronavirus outbreak will focus on American citizens, illegal immigrants will be in line for support in a California relief plan.

Democratic California Gov. Gavin Newsom said Friday that the state will support businesses that cannot qualify for federal aid administered by the Small Business Administration because they are operated by illegal immigrants, as well as those operated by citizens


“Just yesterday, I announced the work we are doing to help support small businesses. I very specifically mentioned in my remarks yesterday that there are many businesses, tens of thousands of businesses that do not and cannot get the support of the SBA,” he said.

Federal small business relief comes with strings attached that could mean businesses operated by illegal immigrants cannot get the money.

Newsom announced a $50 million state fund that would provide loan guarantees for small businesses unable to get federal money, including those in low-income communities and those run by illegal immigrants.

During Wednesday’s coronavirus task force briefing, Trump was asked about why “undocumented” immigrants were not included in the checks being given out as part of the relief bill.

Trump picked apart the reporter’s use of the term “undocumented” in asking the question.

“Well, you know, you’re saying ‘undocumented,’ meaning they came in illegally. And a lot of people would say we have a lot of citizens right now that won’t be working. So, what are you going to do? It’s a tough thing. It’s a very terrible — it’s a very sad question,” Trump said.

“I must be honest with you. But they came in illegally. And we have a lot of people that are citizens of our country that won’t be able to...